DELRAY BEACH OPEN BY VITACOST.COM’S ATP CHAMPIONS TOUR LEGENDS EVENT IS THE ONLY ATP CHAMPIONS TOUR EVENT IN THE U.S. THE FIELD CONSISTS OF PLAYERS WHO HAVE BEEN RANKED WORLD NO. 1, A GRAND SLAM SINGLES FINALIST, A SINGLES PLAYER ON A VICTORIOUS DAVIS CUP TEAM OR HAVE RECEIVED A WILDCARD. 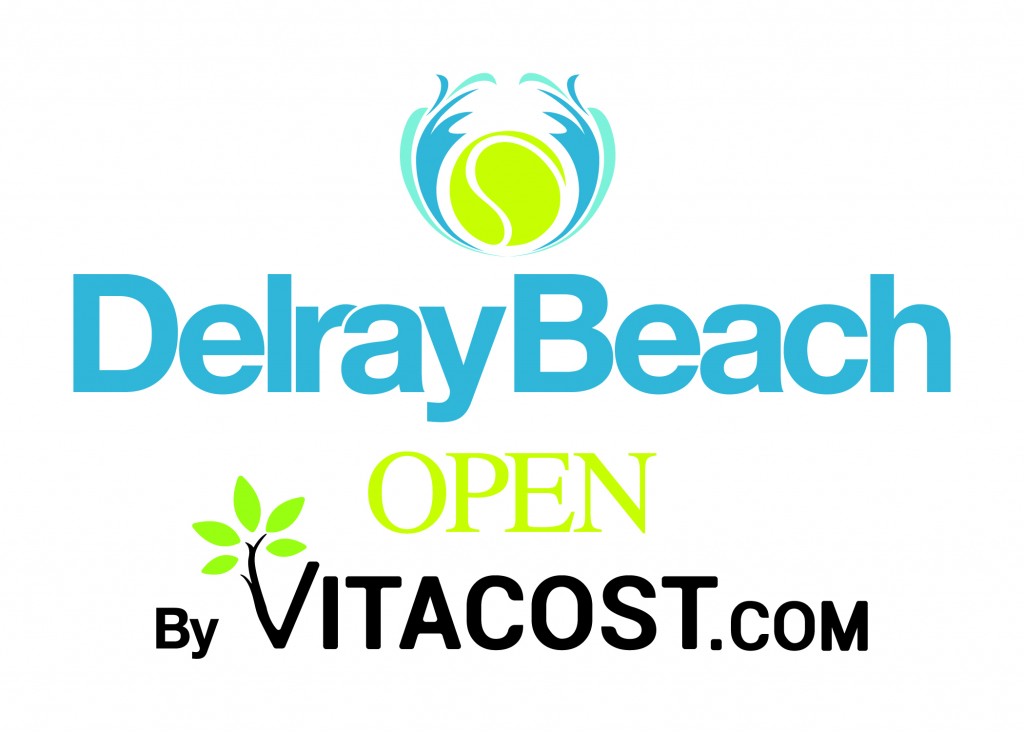 TOMMY HAAS (GER) – CAPTAIN
DELRAY BEACH: 2006 ATP 250 Singles Champion; First appearance in ATP Champions Tour event. CAREER: Reached a career-high ATP Tour Singles ranking of No. 2 in May 2002 and finished eight seasons ranked in the top 20 highlighted by his year-end best of No. 8 in 2001. Captured 15 singles titles in 28 finals, most recently triumphing in Munich in 2013. Boasts career singles wins over Novak Djokovic, Roger Federer and Andre Agassi defeating them at least three times each. Earned 563 singles wins overall becoming the 7th most among active players. Was an Olympic silver singles medalist at Sydney in 2000. In 2004 and 2012 Haas was named ATP Comeback Player of the Year. PERSONAL: Began playing tennis at 4-years old with his father Peter (former European champion in judo) before moving to Florida at age 11 to attend the Nick Bollettieri Academy where he finished high school. Received dual citizenship in 2010 (USA, Germany). Engaged to Sara Foster. They have two daughters, Valentina and Josephine.

DELRAY BEACH: Kevin Anderson has made seven appearances in Delray Beach winning the 2012 singles title and was the singles finalist in 2014. CAREER: Anderson became the first singles player from South Africa in 23 years to qualify for the 2018 Nitto ATP Finals and finished the 2018 season in the top ten for the first time in his career. Anderson has finished the last five of six seasons ranked in the top 20 on the ATP World Tour in addition to winning five ATP singles titles. Anderson advanced to his first Grand Slam semifinal at the US Open in 2017 ranked No. 32 to become to lowest-ranked US Open finalist in Open Era history. In 2018, Anderson reached his second Grand Slam final at Wimbledon after defeating John Isner in the semifinals in the second longest match in Grand Slam history (6 hours, 36 minutes) and getting his biggest career win against eight-time Wimbledon Champion Roger Federer when trailing from two sets down and saving a match point. Anderson has wins over former world No. 1 player Andy Murray and achieved a career-high ranking in 2018 at No. 5 becoming the highest-ranked South African in history since 1973.

Tennis can be a frustrating sport, so if you are a newcomer, don’t expect too much from your performance too soon. However these 10 tips with the beginner in mind should help you get off on the right footing…

Explosive Movement Training for Tennis Players Tennis players change direction every 1.1 seconds. As the speed of tennis has increased, so has the need for efficient pre-shot movements. Using exercises incorporating speed as an element of direction change…

Do your emotions help or hurt you in the heat of competition?

At the top of the Prime Sport Pyramid sits emotions. It’s closest to the top of the pyramid (above motivation, confidence, intensity, and focus) because emotions will ultimately dictate how you perform throughout a competition…

Novak Djokovic is known as an offensive defender. Andre Agassi played the same style back in the day. The key? Taking time away from your opponent. You will likely never be the best tennis player in the world, but there are drills and tips that you can add to your game from Novak’s. Learn how with these tennis tips from Paul Annacone…

What’s the Connection Between Emotional and Physical Health?

According to Charles Goodstein, MD, a clinical professor of psychiatry at New York University’s Langone School of Medicine in New York City, the brain is intimately connected to our endocrine system, which secretes hormones that can have a powerful influence on your emotional health…

Visualization has also been called guided imagery, mental rehearsal, mediation, and a variety of other things — no matter the term, the basic techniques, and concepts are the same. Generally speaking, visualization is the process of creating a mental image or intention of what you want to happen or feel in reality…

Benefits of Acupressure – What is Ki Energy? – Amazing Examples of Mind Over Matter

KI Energy is the unseen life force in your body and everywhere. It is a universal energy that penetrates everywhere uniting all the manifestations of the universe, visible or invisible. Mostly in Japan it is refered to as “Ki” , China it is refered to as “Chi” or “Qi” and in Sanskrit it is known as “Prana”. When cultivated, it can be used for healing, breaking or self defense purposes…

Peter Smith is one of the elite coaches in college tennis history. He’s led the USC Men’s Tennis team to five NCAA titles in the past 9 seasons and is a two-time ITA National Coach of the Year winner. Smith has coached numerous All-Americans and players who have had success on the ATP tour, including Steve Johnson who is currently #30 in the world.

With tennis, you have to adopt a long-term mentality and always keep building for the future. When kids are young, steadiness wins (really, steadiness always wins), but as they get older, hitting with power and having a complete game become much more important. I always wanted my kids to have a complete game because I knew that it would pay off in the long run, even if they struggled to beat the steady players as juniors.

Sundy Brunch offers a delectable buffet menu featuring the freshest ingredients and specialty creations. Chef attended stations with items from the traditional to the unique. Toast with Mimosas or Bloody Marys included in the brunch. Please be aware that our Sunday Brunch is one of our most attended dining events, and in order to accommodate all the guests…

In the middle of the City of Delray Beach, in the subtropical climate of Southeastern Florida, is a true tropical paradise called the Taru Garden. Just beyond our majestic Royal Poinciana, the oldest documented one of its kind in Palm Beach County, you’ll discover a woodsy blend of tropical fruit trees, small edible plants, bamboo groves and flowering trees. Featuring more than 5,000 plants and over 500 varieties of foliage from all over the world…

Designed to bear some visual resemblance to the Cenotes of Yucatan, our naturalized pond, containing sweet water (freshwater), is constructed of black marcite, has a roughly cylindrical shape, and is topped by natural limestone boulders, tropical plants overhanging the water, and waterfalls. 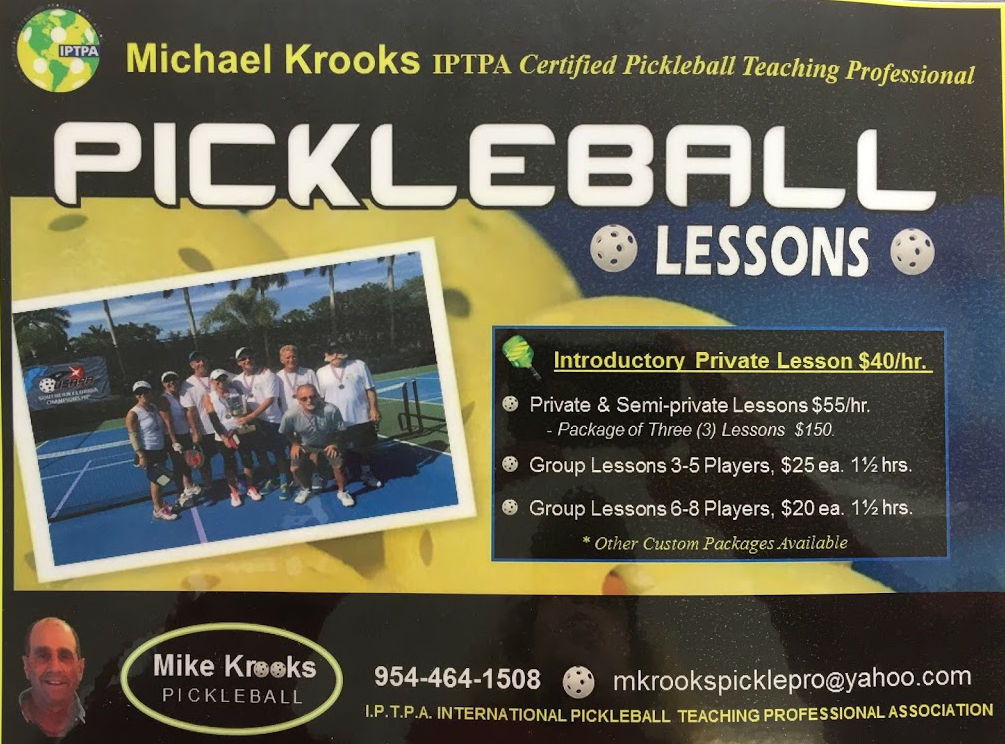 Pickleball: The Fastest-Growing Sport in America

Find out why the pickleball craze is sweeping the nation.

3 Mistakes to Avoid when Volleying: Pickleball 411

Most players know that the volley is an essential part of any player’s pickleball game, but it can be a bit tricky to master. Watch and improve your own game as we talk with top 5.0 player Scott Moore who breaks it down for us and gives insight into how to make your volley successful…