“I am so proud to have earned this award for the city of Delray Beach. This achievement would not have been possible without the hard work and dedication of our Maintenance Staff, Front Desk Clerks, Pickleball Professionals and Tennis Professionals. And thank you JCD Sports Group for allowing me to be your General Manager for the past 4 years.” – Jeff Bingo

ORLANDO, Fla., August 19, 2021 – The USTA today announced that the Delray Beach Tennis Center in Delray Beach, Fla., is one of 25 winners in the USTA’s annual Outstanding Facility Awards program, which recognizes excellence in the construction and/or renovation of tennis facilities throughout the country.

The Delray Beach Tennis Center has a unique downtown location that enables easy access to hotels, restaurants, and shopping that helps promote the city’s sporting events and sports tourism. They are the host site for the annual ATP Champions Tour and Delray Beach Open, as well as the home court training facility for a number of professional players like Coco Gauff and Frances Tiafoe. Delray Beach Tennis Center has strong community relationships and works with disadvantaged youth and non-profit organizations.

“Great tennis facilities like the Delray Beach Tennis Center help us to grow the game at the grassroots level, and we are proud to recognize them for their ongoing impact on the sport of tennis,” said Craig Morris, Chief Executive, Community Tennis, USTA. “Delray Beach Tennis Center has embraced many key tennis initiatives and kept the sport at the forefront of its community each year.”

To be considered for an award, facilities must be under the jurisdiction of a park and recreation department, an educational institution, a nonprofit corporation or be a private or commercially-owned-and-operated facility that offers both USTA and public programming designed to help grow tennis.

Facilities were judged on the following criteria: overall layout and adaptation to site; excellence of court surface and lights; ease of maintenance; accommodations for players, spectators and press/officials; aesthetics; graphics (including the use of signs and landscaping); amenities such as casual seating for spectators, food services and social areas; and the facilities’ participation in USTA programs.

Nominated facilities were voted on in the following categories: Public Courts that are either small tennis centers with 2-10 courts or large tennis centers with 11 or more courts; Private Facilities that support the USTA and other “growth of the game” programs open to the public; and Educational Institutions such as colleges, universities, public and private grade schools, middle schools, or high schools.

All 2021 award winners will receive a wall plaque and an all-weather sign, which can be mounted at the facility. One of the award winners will earn the prestigious “Featured Facility of the Year” designation and be honored as part of the USTA’s Semi-Annual Meeting later this year.

The USTA is the national governing body for the sport of tennis in the U.S. and the leader in promoting and developing the growth of tennis at every level — from local communities to the highest level of the professional game. A not-for-profit organization with more than 655,000 members, it invests 100% of its proceeds in growing the game. It owns and operates the US Open, one of the highest-attended annual sporting events in the world, and launched the US Open Series, linking nine summer WTA and ATP World Tour tournaments to the US Open. In addition, it owns approximately 90 Pro Circuit events throughout the U.S. and selects the teams for the Davis Cup, Billie Jean King Cup, Olympic and Paralympic Games. The USTA’s philanthropic entity, the USTA Foundation, provides grants and scholarships in addition to supporting tennis and education programs nationwide to benefit under-resourced youth through the National Junior Tennis & Learning (NJTL) network. For more information about the USTA, go to USTA.com or follow the official accounts on Facebook, Instagram, Twitter and TikTok.

The High Performance Tennis Invitational will feature some of the highest ranking special needs tennis players in the country.  The players will participate in a fun filled weekend that includes drills, clinics, singles and doubles matches.

As an added bonus, former touring professions including Quarter, Semi, or Finalist in all Grand Slam events Brenda Schulz- McCarthy, Semi-finalist at both the US Open and the Australian Open Aaron Krickstein, and Australian Open winner Roscoe Tanner will join us. We are lucky to have local tennis professionals and some of the very best players from the Delray Tennis Center join the fun.

Arrive early for an opportunity to meet Roscoe Tanner – previously ranked as high as #4 men’s tennis player in the world. Former winner of Australian Open. Set the record for hitting a serve, in competition, at 153 mph.

Evening Dinner on your own

NOTE: Schedule may be adjusted, based upon unexpected drop-ins from local VIP’s

NOTE: All tennis play will occur at this venue

Many restaurant choices are available in the immediate area. We can assist with recommendations based on food preferences and price considerations.

Many thanks to be given to those local sponsors and supporters that are making this weekend possible. Lodging, meals, court time, and other amenities are all being made possible through the generosity of many. You will have a chance to personally thank many of these persons and businesses; but if not during your visit, we will send you the contact information to encourage the sending of a thank you message to each.

Your hostess and #1 fan, 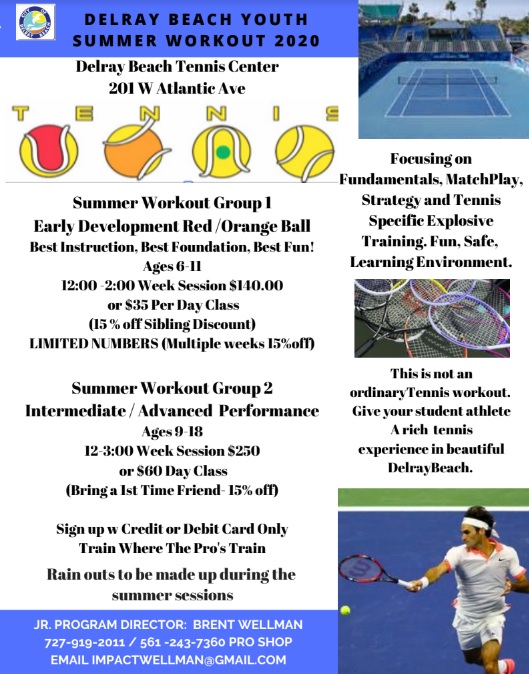 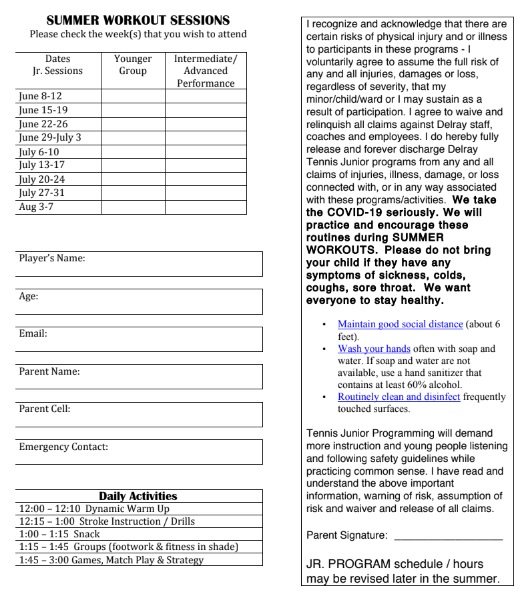 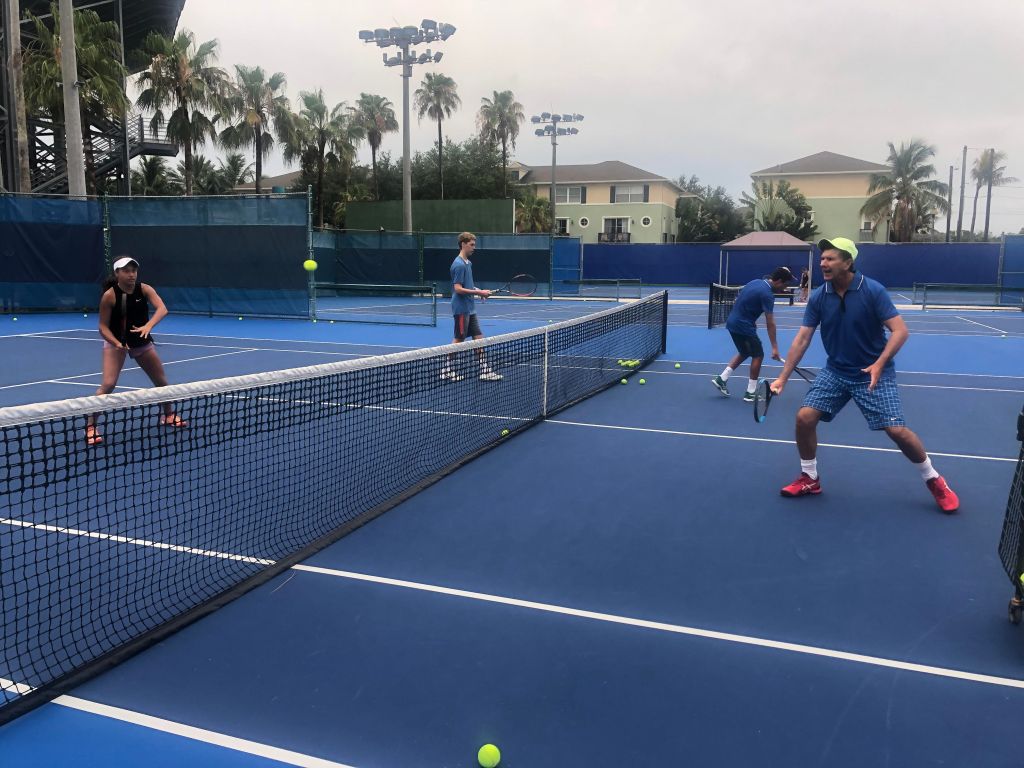 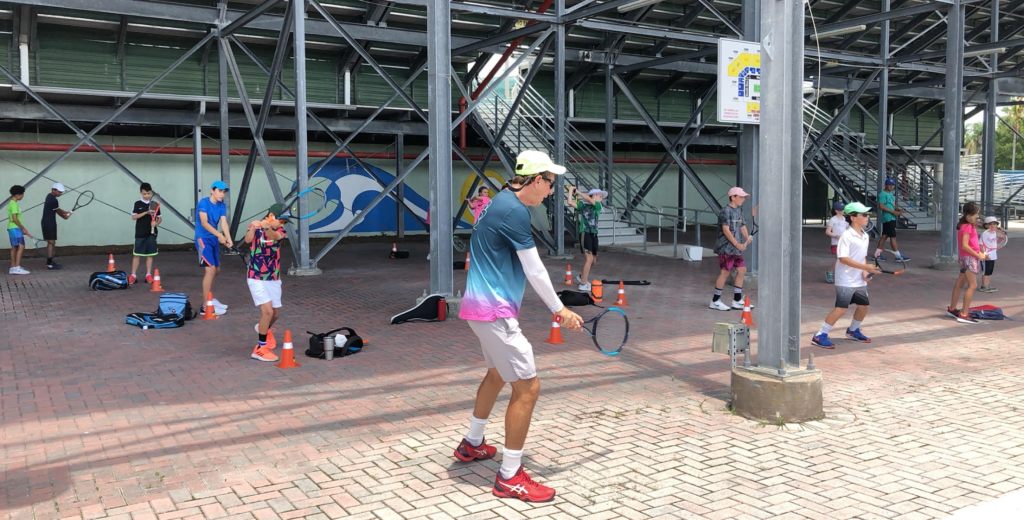 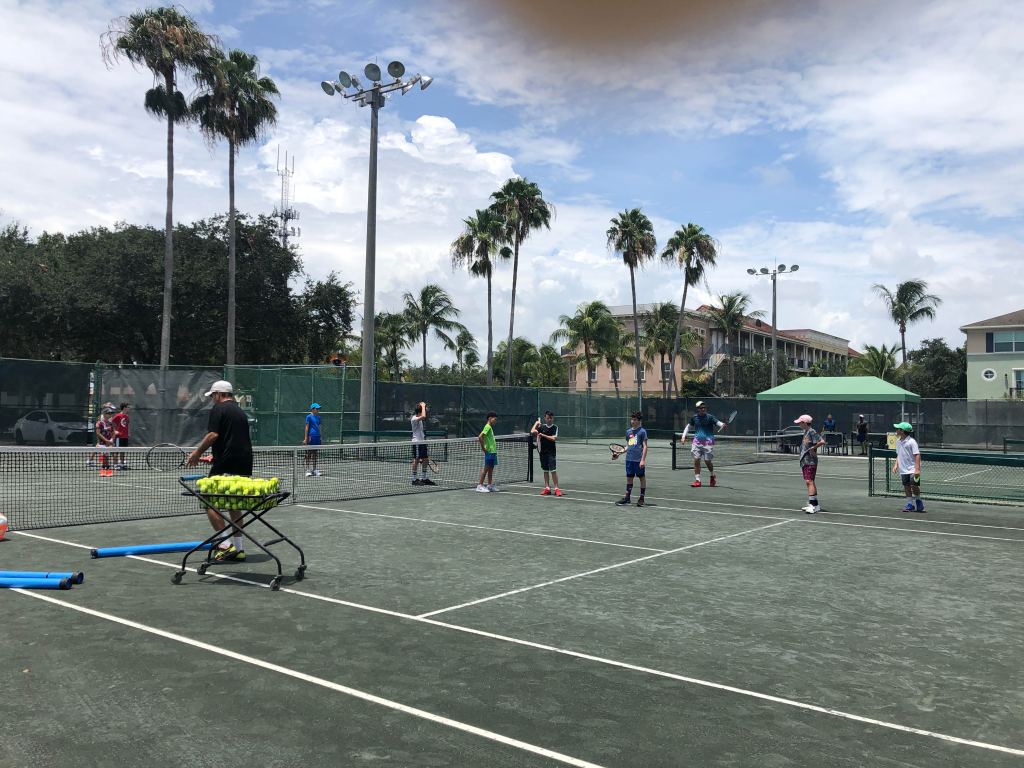 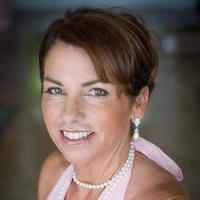 Jeanne Evert Dubin, 62, of Delray Beach, FL passed away surrounded by loved ones on February 20, 2020 after a two-and-a-half-year battle with ovarian cancer.

Jeanne turned professional in August of 1973 when she was still 15. She had already made quite an impression in women’s tennis, defeating established stars Rosie Casals and world-number one Margaret Court in 1972. In the summer of 1973 at 15, she was the youngest ever to represent her country in the Wightman Cup team competition between the U.S. and Great Britain. In both 1972 and 1973, she joined forces with her sister Chris Evert in doubles, and they were ranked No. 4 in the U.S. in 72’ and No. 5 the following year. In 1974, she did not lose a match as the U.S. advanced to the final of the prestigious Fed Cup. During this time, she also represented the US on the Bonnie Bell Cup and Wightman Cup teams for two consecutive years.

The 1974 season was the banner year of her pro career. She was ranked No. 9 in the U.S. in 1974. She concluded her brief but productive pro career by reaching a career high at No. 28 in the world on the WTA computer in 1978, reaching the semifinals of the U.S. Clay Court Championships that summer.

While she was competing at the Rogers Cup in Montreal in 1978, she met Brahm Dubin when he was involved with the promotional aspects of the tournament. In 1979, Brahm and Jeanne wed in Fort Lauderdale, FL and later became the proud parents of Eric and Catie Dubin.

After settling down in Delray Beach, FL, Brahm founded Dubin and Associates in 1987. A golf and tennis management, development and consultation company, it later became known as the JCD Sports Group. In 1994, the company was awarded the contract to manage the Delray Beach Tennis Center. Jeanne took an active role in coaching at the Center for many years as well as running the ladies teams and assisting with management of the facility. After the death of her husband, she carried on as an active owner of the company.

In 2014, Jeanne met Tower Krauss, with whom she shared many interests. He became her loving partner until her death. The Evert family is so grateful for his presence in her life.

“Jeanne was selfless, caring and kind,” said Chris Evert, her older sister. “As a sister, I admired her stellar character and her unwavering devotion to her loved ones. She fought a brave battle and now Heaven is lucky to have her.”

In lieu of flowers, memorial contributions may be made to The Carol Kimmelman Athletic and Academic Campus. 12680 High Bluff Drive, Suite 400, San Diego, CA 92130.

DELRAY BEACH, Fla. – It was an exhibition match, but it certainly didn’t feel that way.

In what was perhaps the most anticipated exhibition match in the history of the Delray Beach Open, Coco Gauff defeated Estela Perez-Somarriba 6-3, 6-3 on Saturday night in her homecoming debut… 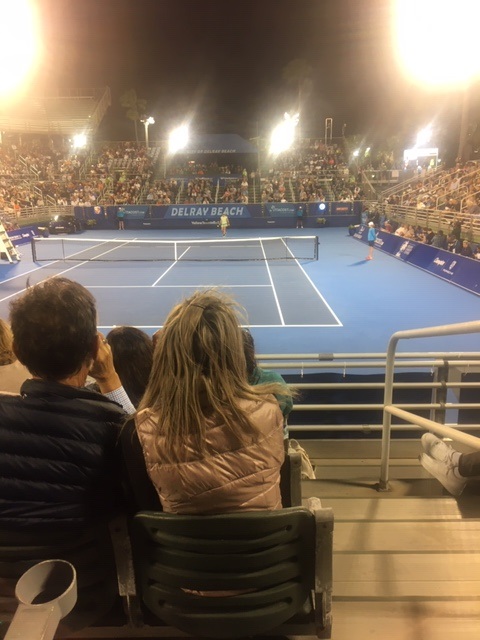 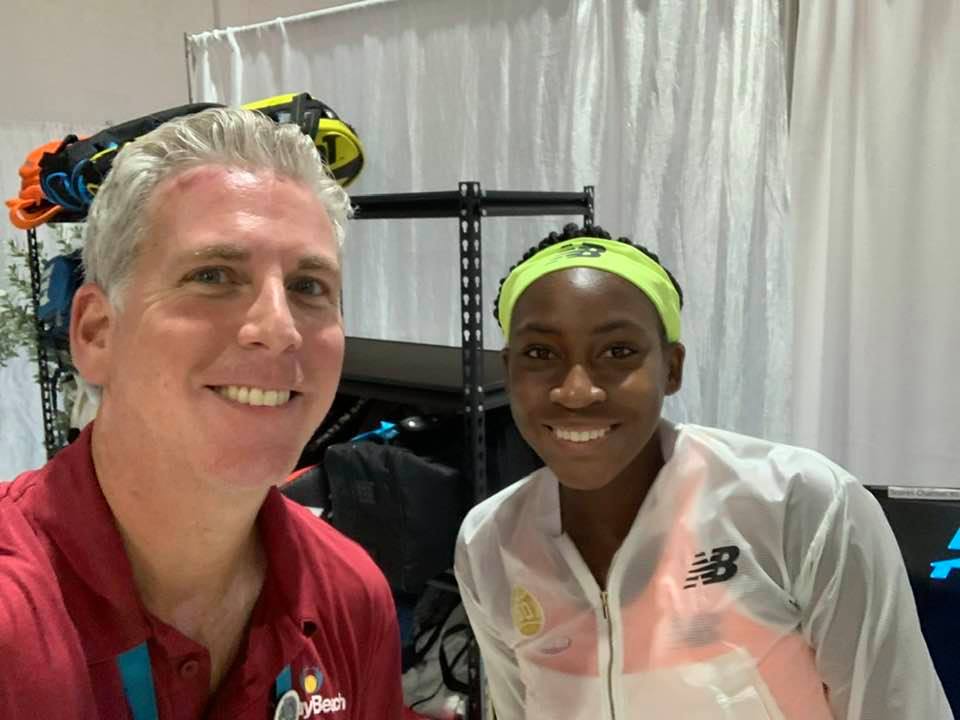 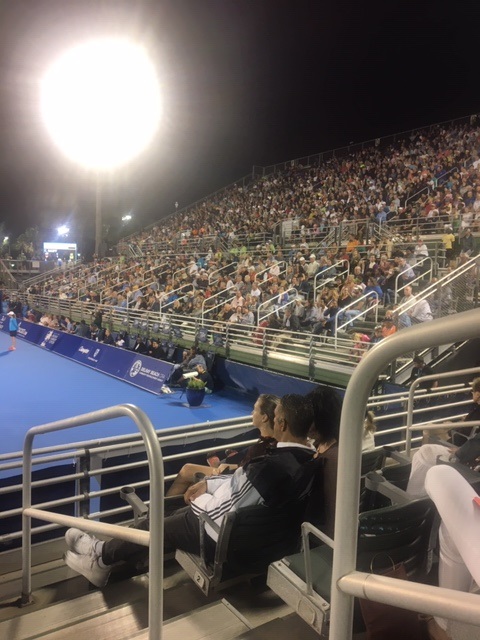 Join us every Tuesday and Thursday from 7-8:30pm for Back to the Basics tennis fun.