From US Open to Delray Tennis…

Get your racquet, no matter what size and play Delray After-School Program! 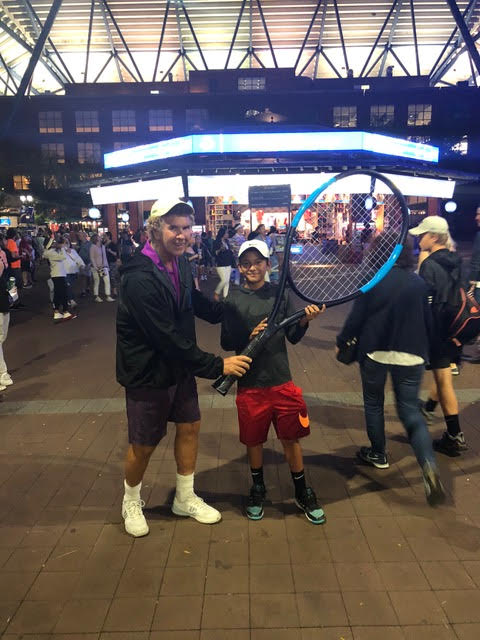 After dropping the first set 6-0 to No. 9 Dominic Thiem, No. 1 Rafael Nadal battles back to win the next two sets. Thiem responds by winning the fourth set in a tiebreak. The fifth set also went to a tiebreak, with Nadal edging Thiem in a 2018 US Open quarterfinal match that lasted four hours and 49 minutes, the longest match Nadal has ever played at the US Open… 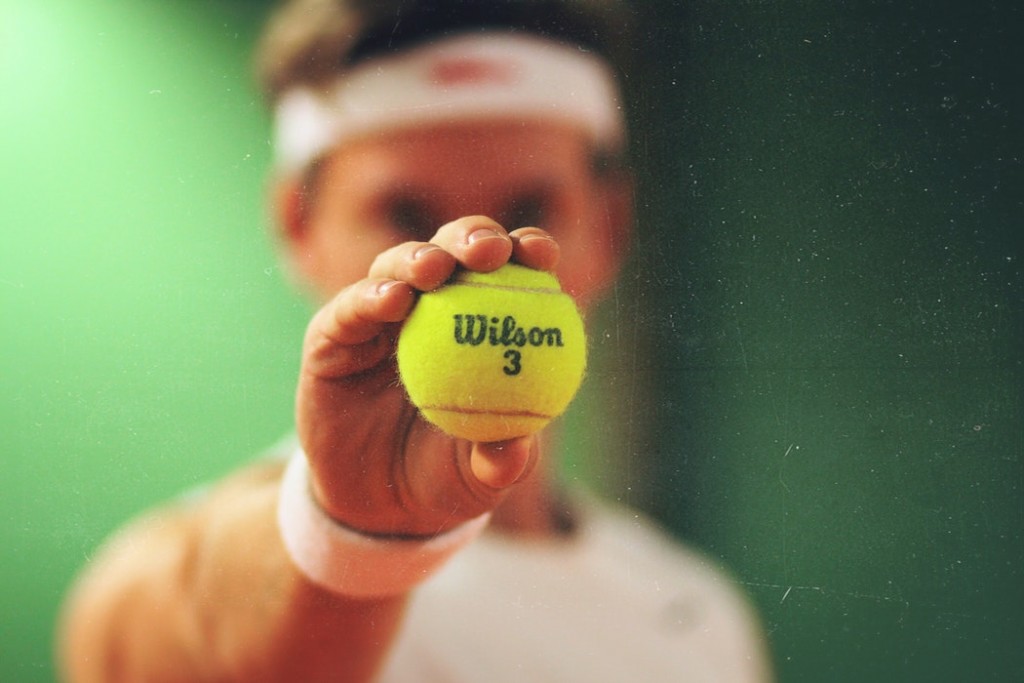 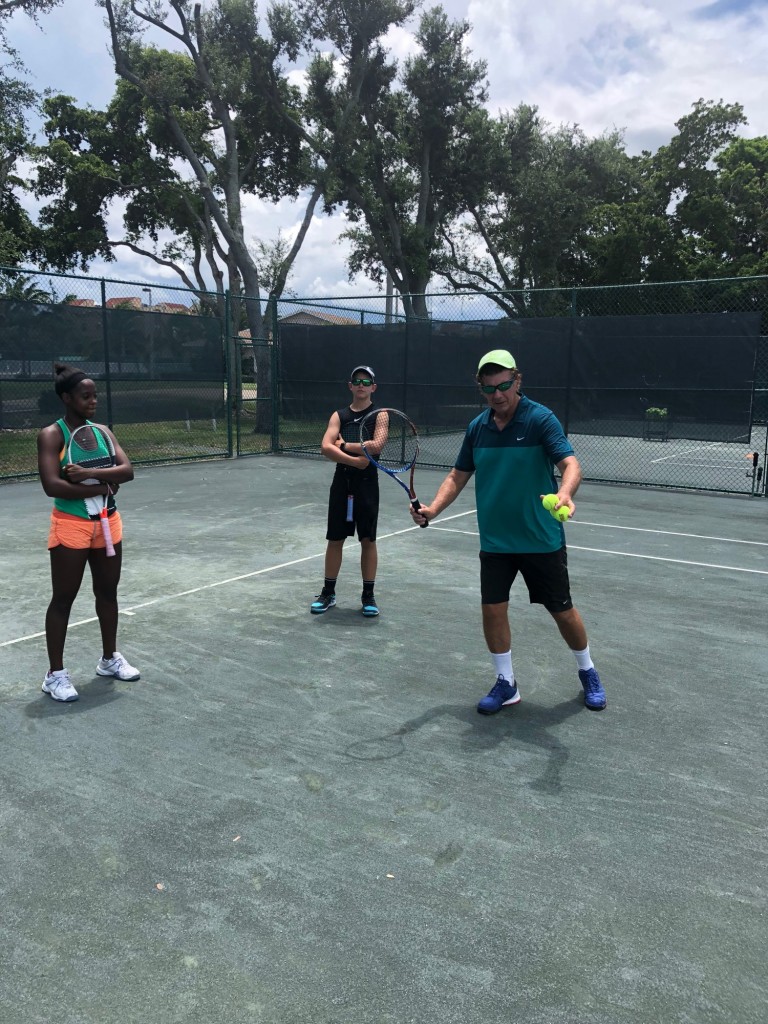 Brent is not only a Coach’s coach but a player’s coach as well. Coach Wellman has the unique ability to work with all age groups and has concentrated his passions to Educate, Enrich and Encourage (3E’s).

A process is involved in becoming a Division I player or when shooting for professional ranks and that is a path Coach Brent is quite familiar with. This “process” is what Coach Brent is passionate about and enjoys combining knowledge, and experience using both “Old School” and ‘Modern Coaching methods. Coach Brent has helped over a 100 players reach College scholarships by using video analysis and college player videos. Coach Brent enjoys helping players go down the serious path of competitive tennis in a positive way!

I direct the Delray Champions Junior Program at the Delray Tennis Center off of Atlantic Avenue. What separates our program from the rest is stroke efficiency and attention to details. Little things truly matter! Fortunately, I’ve been mentored by some high-level coaches in both basketball and tennis. In tennis working with Steve Smith and Vic Braden was like being in tennis classroom held on the court. Tennis is a game of skill and it’s very important you learn the skills, Sometimes coaches fool students into thinking they just to have fun and hit some balls and maybe eventually you will become a top tournament player. Don’t get me wrong, recreation tennis is fine. But if you want to be a competitive player don’t be fooled by coaches who don’t help young players transition from an inefficient technique. Becoming a tournament player isn’t everyone’s goal, but if you want to learn to hit the ball better, we want to help you!

Below are pictures of the newly installed Canopy for Pickleball courts… 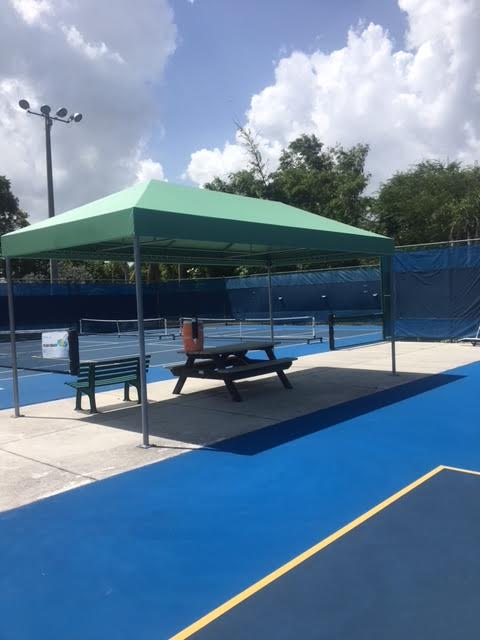 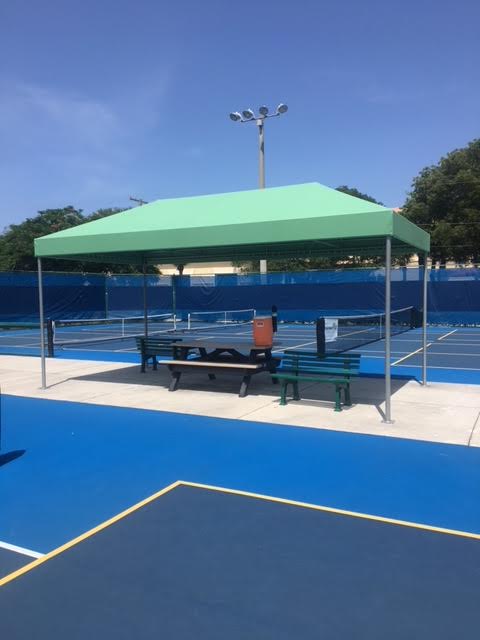 Pickleball Strategies and Techniques for the Intermediate Player 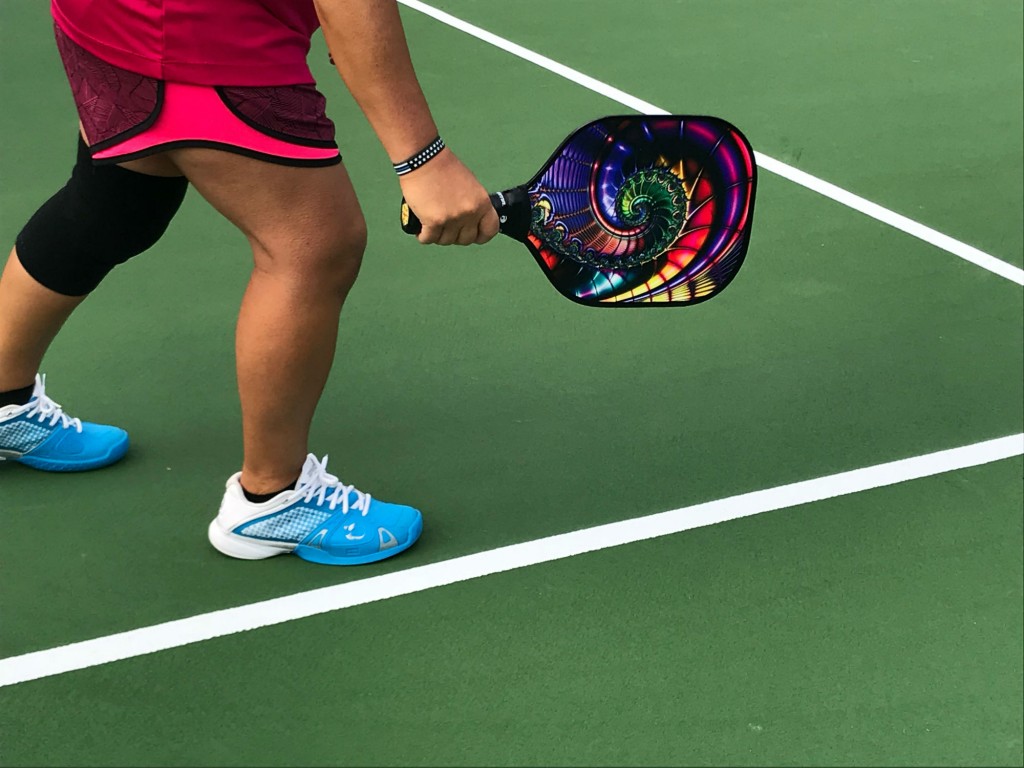 Intermediate Pickleball
When you are gaining comfort with the basics and ready for the next step!
This clinic covers movement, patterns of play, shot selection and percentages.

Paddles will be provided and available.

Cancellation Policy
In order to avoid full charge, a 24 hour cancellation is required 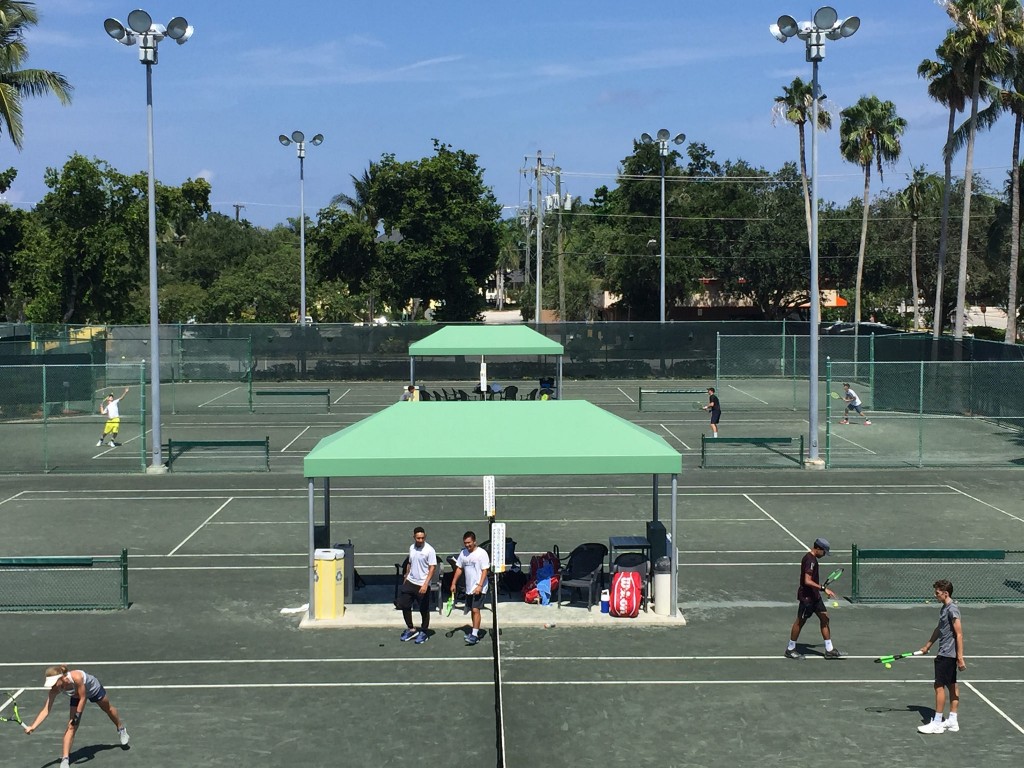 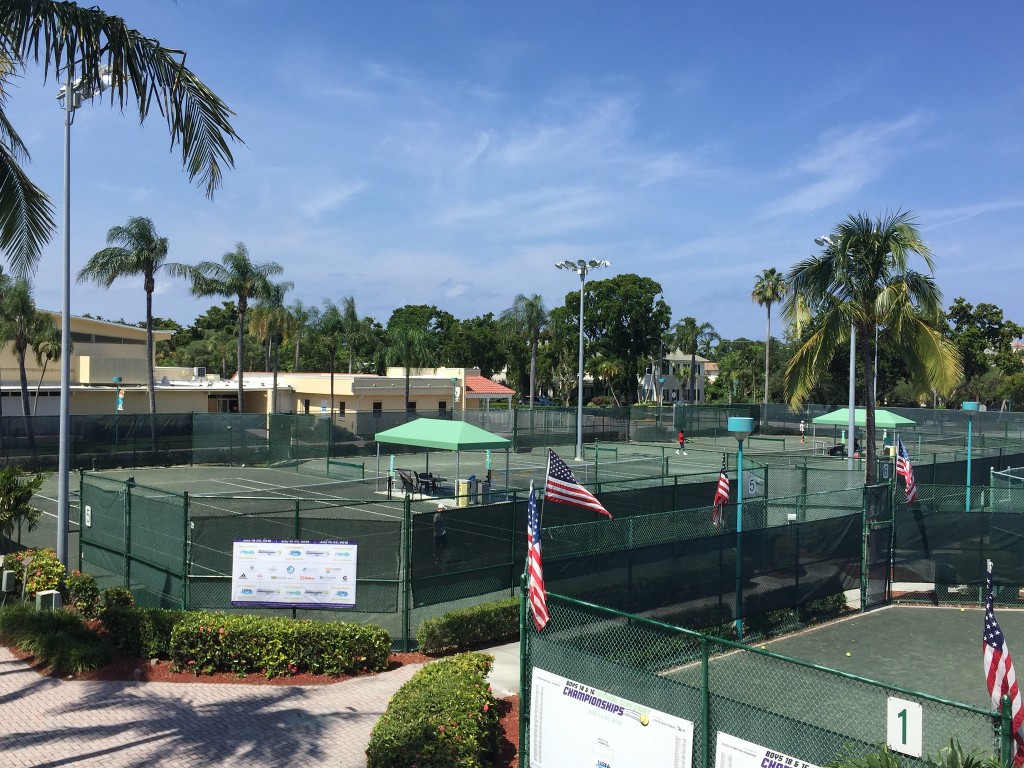 Doubles Semifinals – Not before noon 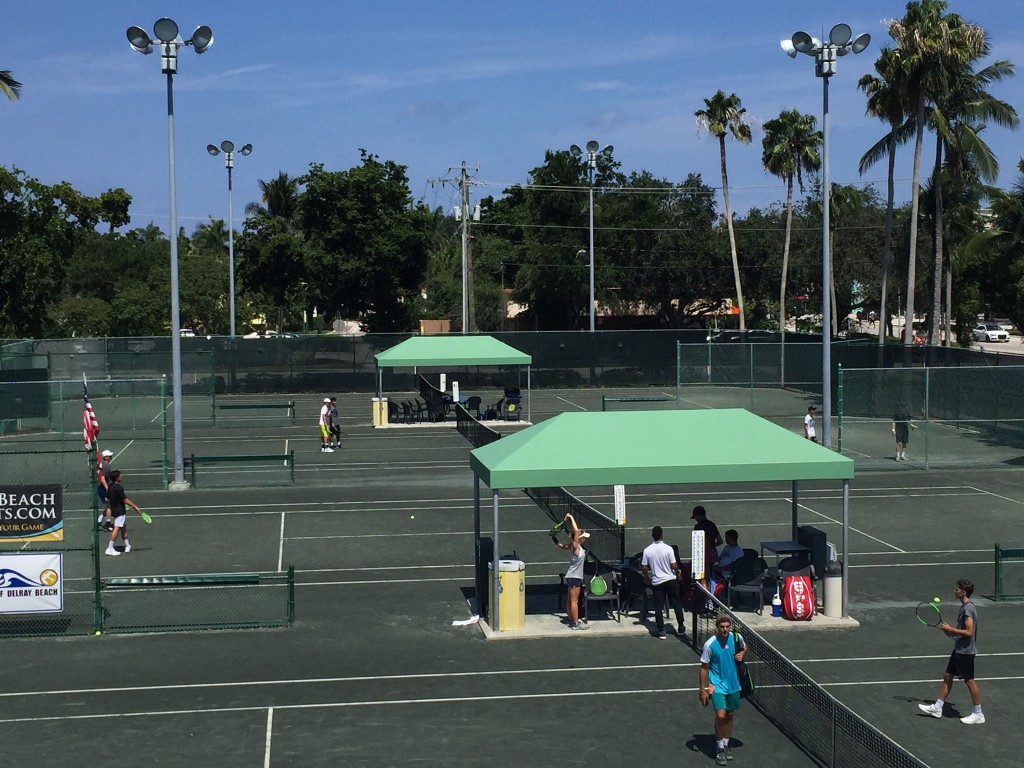 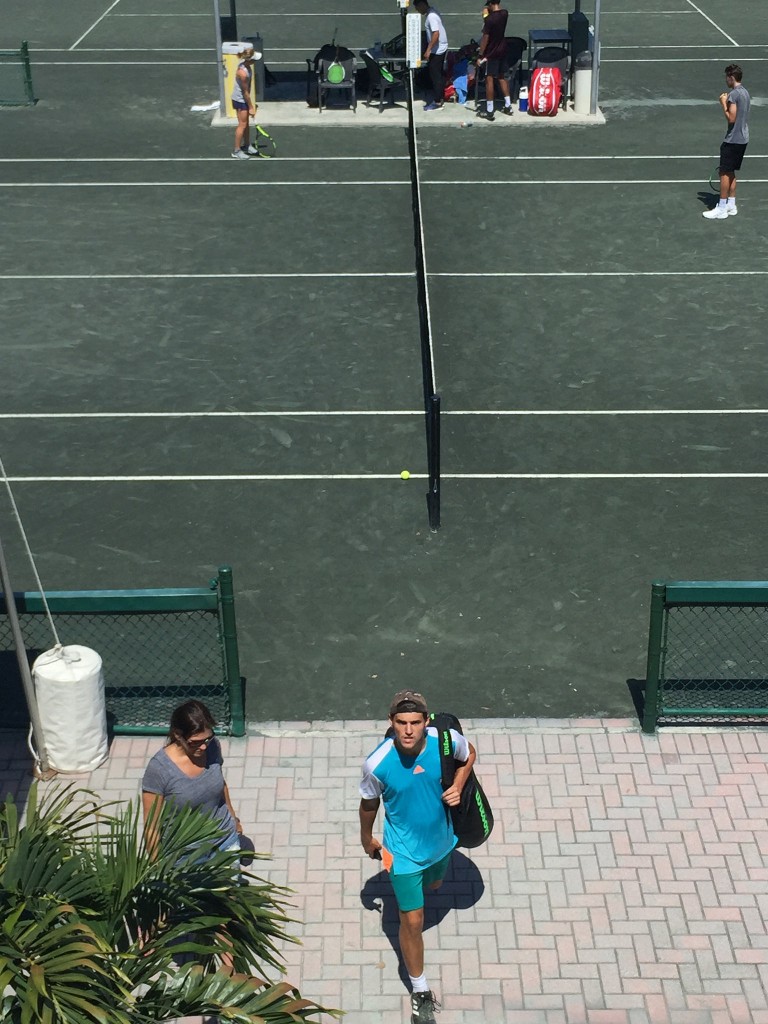 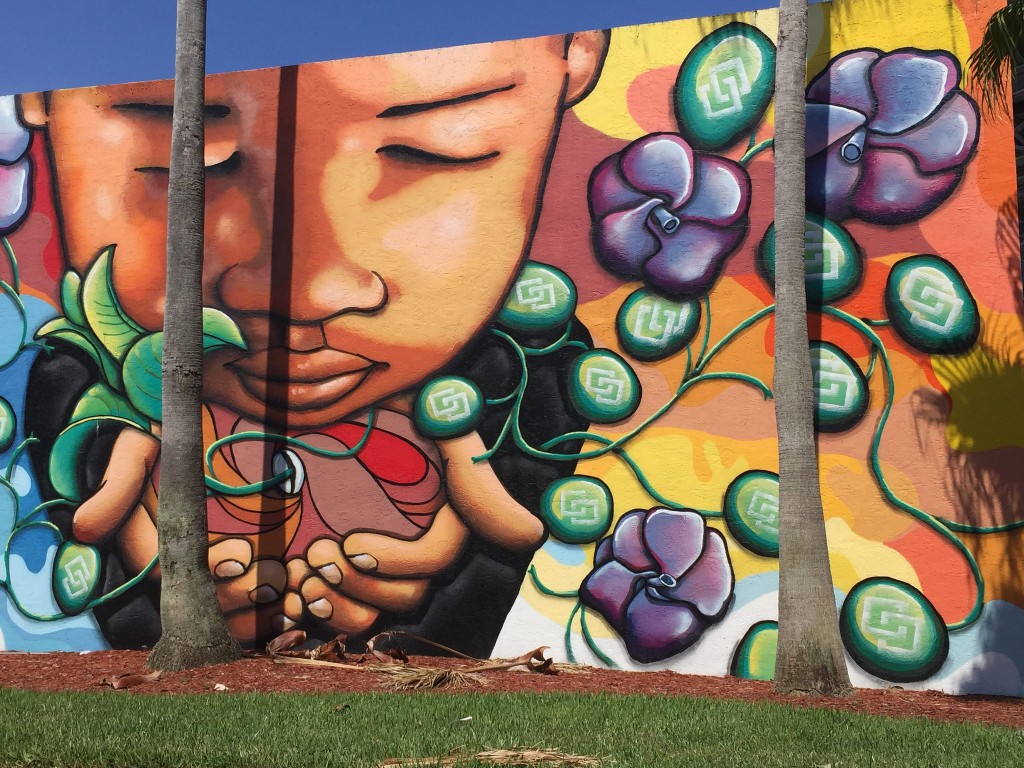 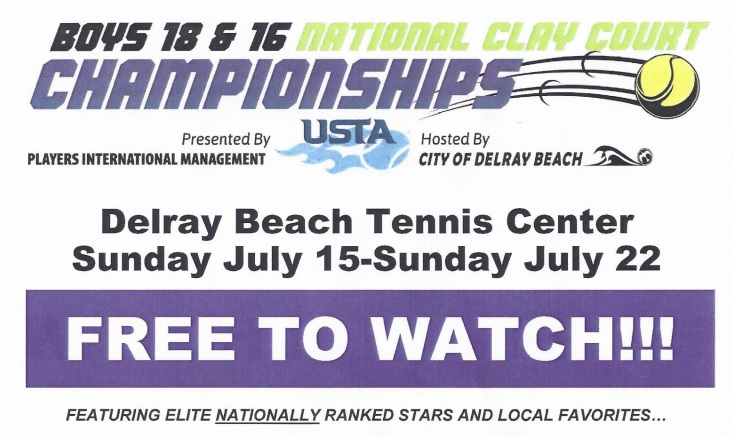 We would like to welcome all players and collegiate coaches to the 52nd anniversary of the USTA BOYS’ 18 & 16 NATIONAL CLAY COURT CHAMPIONSHIPS hosted by the City of Delray Beach (July 15 – 22, 2018). This prestigious event, consisting of over 440 of the top-ranked Boys 18s & 16s in the United States, is organized by Players’ International Management, the staff of the Delray Beach Open, the only combined 10-day ATP World Tour Event and ATP Champions Tour Event in the world. 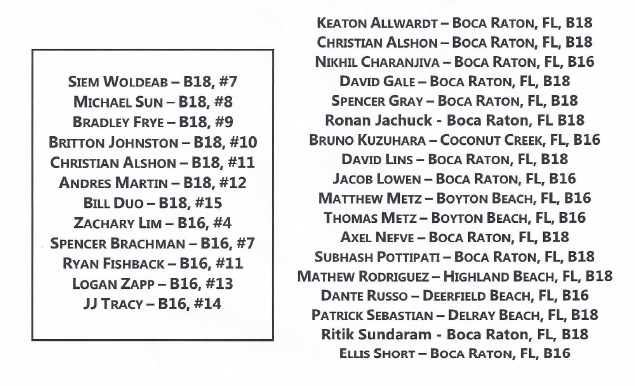 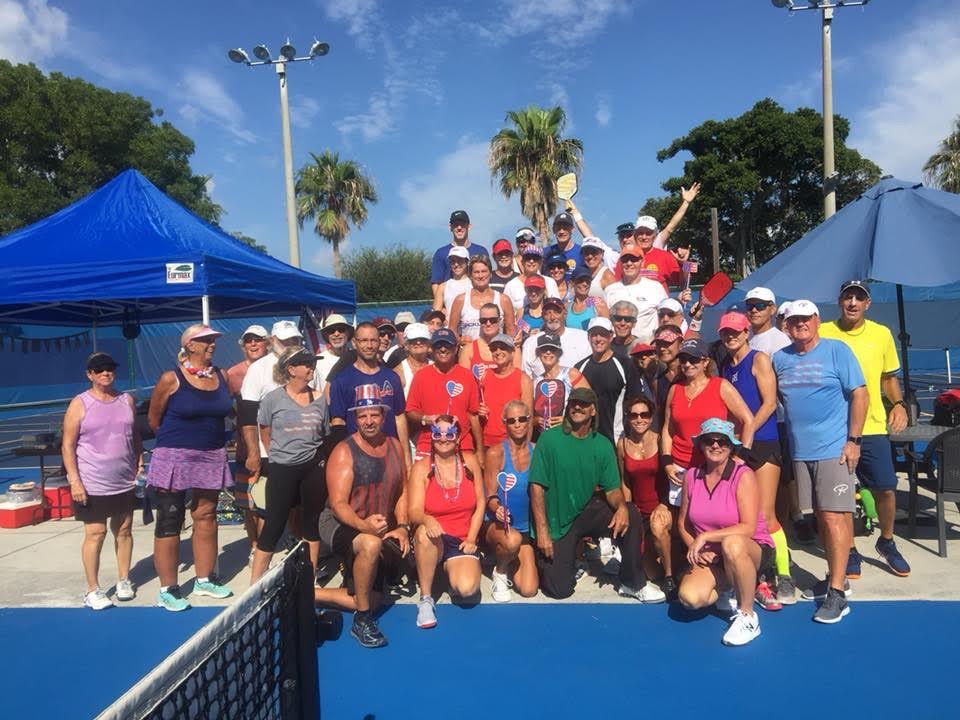 The Red White and Blue Crew 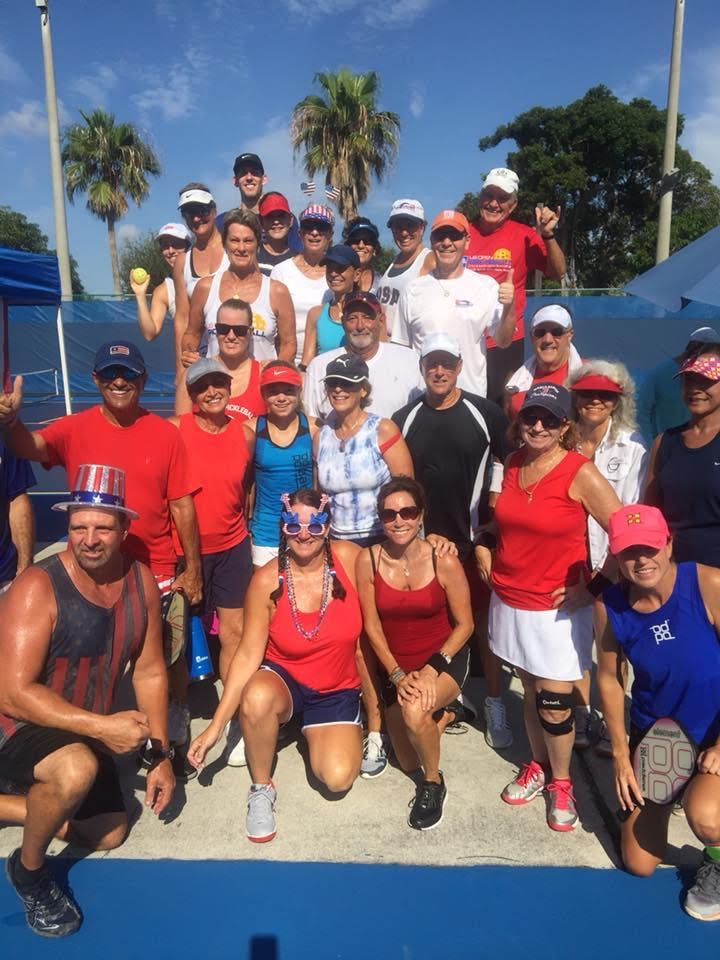 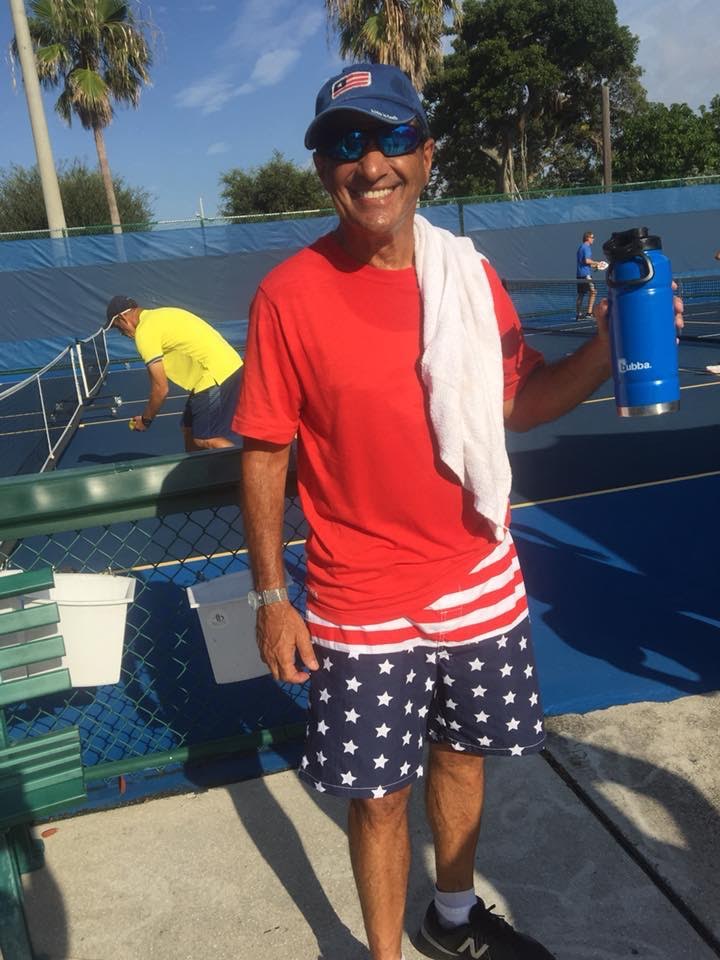 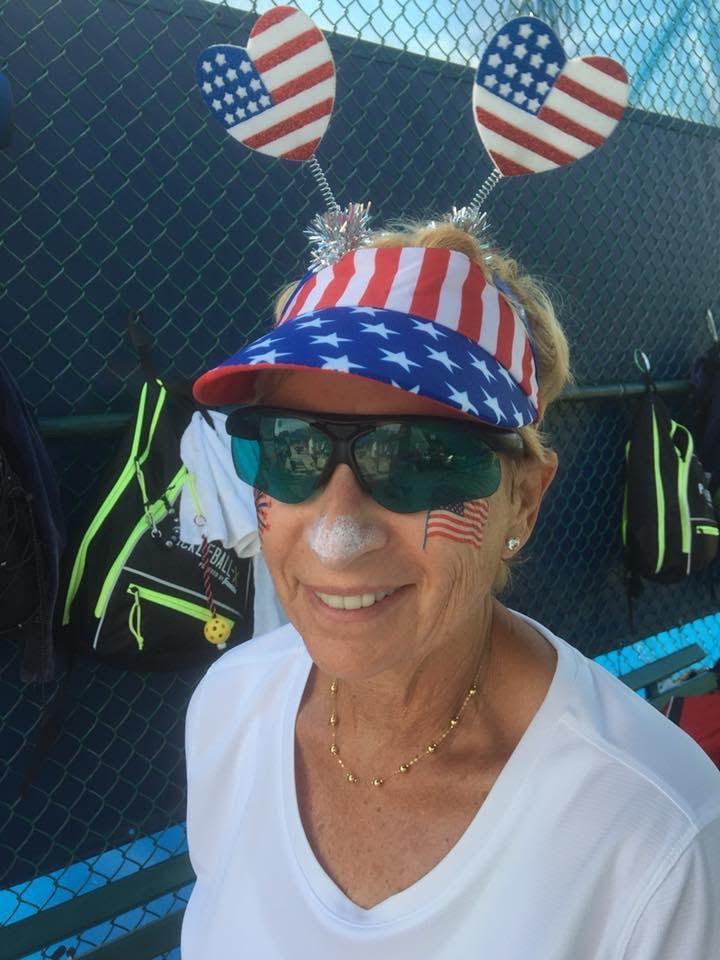 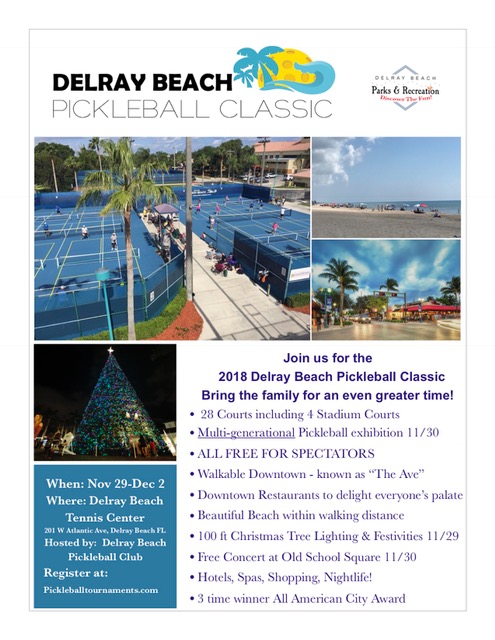 Coach Jeff K. Running a July 4th Round Robin Mixer on 13 courts. Fun in the sun and prizes as well.

Thank you to all who participated!! 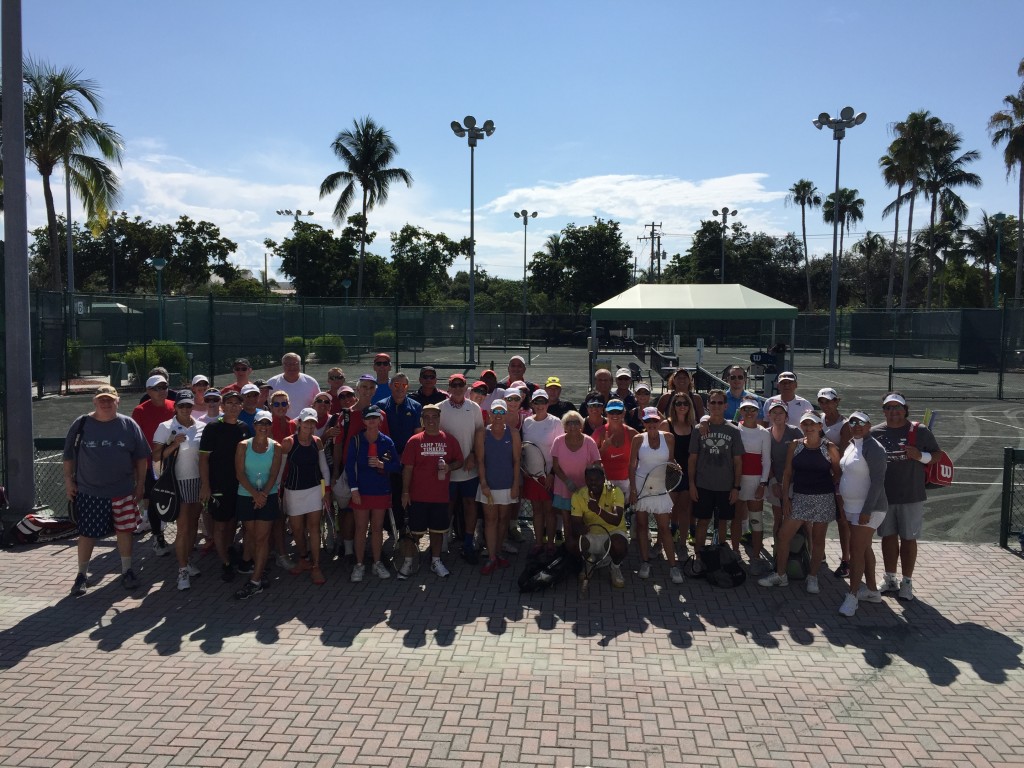